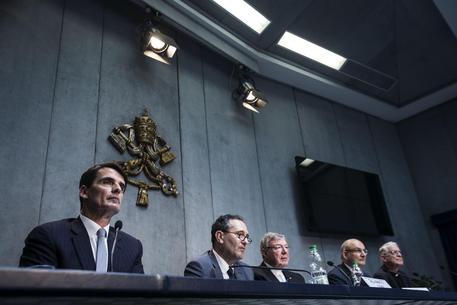 (ANSA) - Rome, October 29 - The first hearing in the money laundering trial of two former Vatican Bank executives was adjourned Wednesday because the case file was lost.
The former general manager of the bank whose official name is Institute for Religious Works (IOR), Paolo Cipriani, and his ex deputy Massimo Tulli must answer charges related to a probe that in 2010 led to the freezing of 23 million euros over two cash transfers involving the Vatican Bank that were deemed suspicious.
The judge adjourned the hearing to December 2 pending a search for the missing file, while prosecutors tried to minimize the incident.
"Nothing has been lost," they said. "These things happen.
We already filed copies of the case file".
The trial is a fresh blow to the image of the bank after a series of scandals over the years.
Italian banks effectively stopped dealing with the IOR in 2010 after the Bank of Italy ordered them to enforce strict anti-money-laundering criteria to continue working with it.
From January 1 to February 12 last year, the Bank of Italy froze all credit-card and ATM transactions inside the Vatican City over its failure to fully implement international anti-money-laundering standards.
The Vatican has made several reforms to introduce greater financial transparency and fight money laundering since Pope Francis was elected to the helm of the Catholic Church last year.