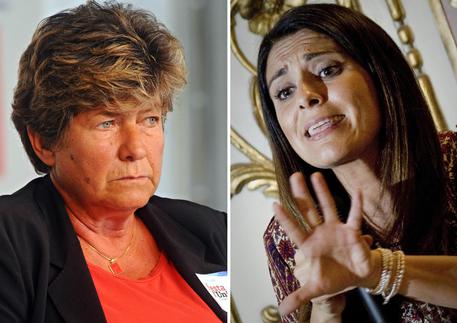 (ANSA) - Rome, October 29 - A European MP for Italy's centre-left Democratic Party (PD) on Wednesday insinuated that the head of the powerful CGIL Italian trade union confederation rigged her own election and hired paid buses to bring in protesters to demonstrate against the Italian government.
"I was very disturbed by the words of (Susanna) Camusso who told some newspapers today that (Premier Matteo Renzi) is heading the government thanks to power (figures). I could recall that Camusso was elected with falsified ID cards or that the square was filled with paid buses, but I won't," Pina Picierno told the television programme Agora' on RAI Tre. The trade union confederation responded in a statement, "We are indignant at the words of the PD EMP, Pina Picierno. We can say that the Hon. Picierno is saying falsehoods and nonsense, perhaps (derived from) a period of nervousness and tension, as CGIL membership cards are certified".
Picierno later apologized for her comments, saying, "It was not my intention to launch accusations. If my comments gave this impression, I am sorry". Picierno also called on Camusso to respect the democratic processes behind the government leadership of the PD party head.