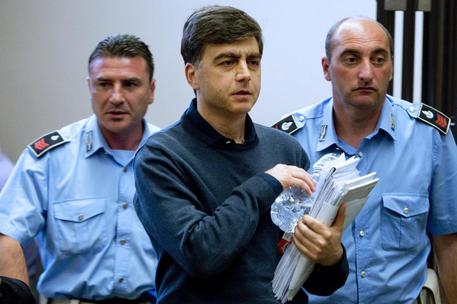 (ANSA) - Naples, October 23 - Former newspaper editor and ex-associate of three-time premier Silvio Berlusconi, Valter Lavitola, on Thursday reached a plea bargain with the Naples prosecutor's office for an eleven-month sentence on charges of international corruption.
Lavitola implicitly admitted attempting to blackmail Italian construction company Impregilo regarding alleged bribes for Panamanian contracts. According to prosecutors, he attempted to coerce Impregilo to build a hospital in Panama by threatening, if it refused, to have the Panamanian president make a negative declaration that could have torpedoed Impregilo's stock price.
In a separate case, Lavitola was indicted with Berlusconi last October for allegedly bribing former senator Sergio De Gregorio to switch political sides from the centre left to the centre right, a move that led to the collapse of Romano Prodi's centre-left government in 2008. Lavitola is accused of acting as a go-between for a bribe that allegedly totaled two million euros.