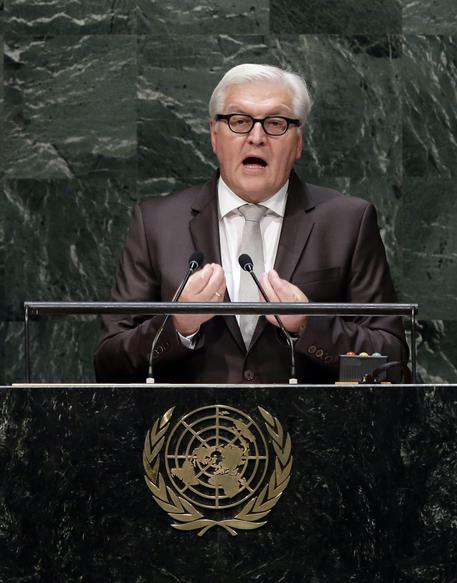 (ANSA) - Berlin, October 23 - Germany said Thursday it is analyzing an Italian Constitutional Court ruling that struck down State immunity to civil prosecution for war crimes and crimes against humanity lodged in other countries.
The court's decision on Wednesday essentially paved the way for Italian victims of Nazi war crimes to seek reparations from Germany. "The German government is analyzing the ruling," Foreign Minister Frank-Walter told ANSA.
"We will evaluate any steps needed to apply the German government's juridical concept, which was upheld by the International Court of Justice in The Hague in February 2012". The ICJ in 2012 upheld an appeal by Germany against Italy over compensation for victims of Nazi war crimes.
The court in The Hague ruled Italy "failed to recognise the immunity recognised by international law" for the Third Reich's crimes, and ordered Rome to annul compensation orders by Italy's courts.
Berlin appealed to the ICJ in 2008 after two landmark rulings brought the issue to the forefront.
In June 2008 the Cassation Court ruled that Germany must pay compensation to 12 Italians who were taken prisoner by Nazi forces and deported to Germany for slave labor after Benito Mussolini fell from power and Italy abandoned its former ally in September 1943.
Around 600,000 Italians, dubbed 'Hitler's slaves', are believed to have been deported, most of them soldiers.
In October that year, the Cassation Court said that Germany must also pay damages to the families of nine civilians killed by German soldiers in three Tuscan villages during WWII.
A total of 203 people were shot dead in the towns of Civitella, Cornia and San Pancrazio on June 29, 1944, in retaliation for the murder of three German soldiers by Italian partisans.
In both cases, judges rejected Germany's claims that it was exempt from financial liability for crimes committed by Nazi soldiers under accords drawn up in 1947 and 1961.
Meanwhile in Italy, the Jewish community hailed the court's decision.
"This is a historic, exemplary ruling, a step towards universal freedom and equality and to eliminating any obstructions to the course of justice," said Jewish Italian Communities Union President Renzo Gattegna. The ruling was written by Justice Giuseppe Tesauro, who is president of the Constitutional Court and whose mandate ends in a few days.