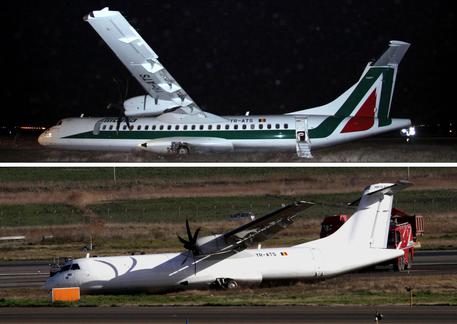 (ANSA) - Rome, October 23 - Alitalia President Roberto Colaninno and six others could face fraud charges for allegedly selling an airline ticket to a customer who expected to fly with the Italian carrier but was in fact on a Romanian craft, prosecutors said Thursday. The case stems from an incident in February 2013 involving a Carpatair flight from Pisa to Rome that slid off the runway at Fiumicino airport.
Several people were injured, including two seriously, in the crash. One passenger was reportedly convinced the plane was Alitalia when it was actually operated by the Romanian company Carpatair firm, which has a co-share agreement with Alitalia. Soon after the crash, Italy's antitrust authority (AGCM) opened investigations into Alitalia and separate criminal probes into the incident also began. AGCM said at the time it wanted to know whether Alitalia infringed the national consumer code in providing information about partner carriers and code-sharing.
That probe follows complaints by consumer watchdog association Codacons and internal checks.
Alitalia at the time denied the charges.