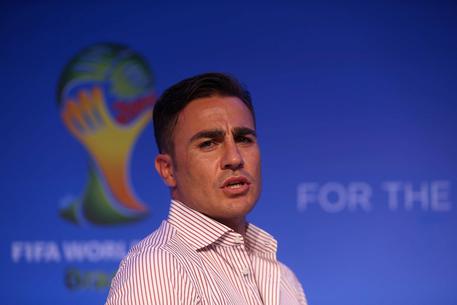 (ANSA) - Naples, October 22 - Assets worth around 900,000 euros have been seized from Fabio Cannavaro in relation to an alleged tax evasion scam linked to a business for the rental of luxury yachts that the former captain of the Italian national soccer team managed with his wife, judicial sources said Wednesday. The 41-year-old's wife, Daniela Arenoso, is also being probed by Naples prosecutors, along with his brother-in-law and a fourth person. Naples Finance police confiscated money from bank accounts in Cannavaro's name and an Itama 38 boat with an estimated value of 180,000 euros. The alleged evasion regards unpaid taxes amounting to over one million euros in the 2005-2010 period. Cannavaro is suspected of using three boats registered with the FD Service company for personal ends rather than for leasing. The fourth person under investigation, Eugenio Tuccillo, acquired the shares of FD Service before putting the company into liquidation, sources said. Cannavaro won the Ballon d'Or and FIFA World Player of the Year awards after leading Italy to victory at the 2006 World Cup. The former Napoli, Parma, Inter, Juventus and Real Madrid defender played for the Azzurri 136 times between 1997 and 2010.
He retired from football in 2011 after a two-year stint at United Arab Emirates side Al-Ahli.