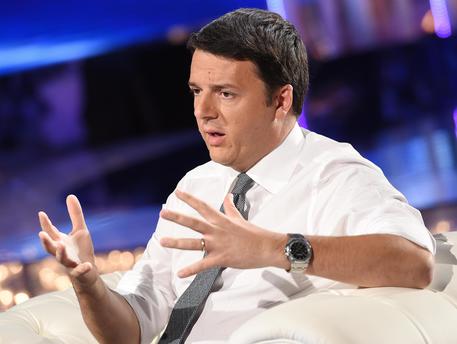 (ANSA) - Rome, October 20 - Premier Matteo Renzi has vowed to make it easier for immigrant children to become Italian citizens and for gay couples to be recognised by the State.
Speaking on a Sunday talk show, the premier said the children of immigrants would no longer have to wait until they are 18 to apply for citizenship.
"Just one school cycle will be enough," he said on Mediaset TV.
This could mean lowering the age to qualify for citizenship to as low as 11.
There have long been demands for Italy to change its 'ius sanguinis' (blood right) law where only children of Italians get automatic citizenship to a 'ius soli' (law of the soil) where being born in Italy grants the right.
Campaigners have pointed to cause celebres such as soccer star Mario Balotelli who was playing for top clubs before he was a citizen and had to wait till 18 to don an Italy shirt.
"We mean to introduce a modified ius soli," Renzi said.
As for gay unions - a hot-button issue as mayors defy Interior Minister Angelino Alfano's order not to transcribe foreign partnerships - Renzi reiterated that he is looking at a "German-style solution".
This would mean the State would recognise gay unions and they would have similar rights to married heterosexuals except they would not be allowed to adopt kids who are not the biological offspring of one of the partners.
Renzi said he would table legislation on the two issues of migrants' kids and gay unions when the current budget session is over at the end of the year.