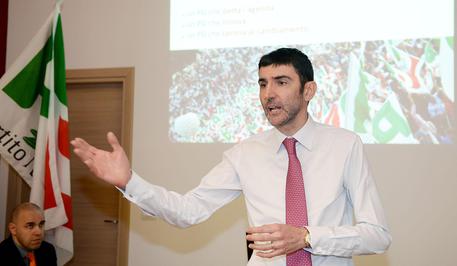 (refiling corrected) (Chiamparino is Piedmont governor, former Turin mayor).
(ANSA) - Turin, October 20 - A Turin judge on Monday ordered prosecutors to formulate indictment charges against 10 people accused of abusing expense claims while acting as Piedmont regional councillors.
Among the 10 are two members of the current Piedmont regional council executive led by Governor Sergio Chiamparino, who belongs to Premier Matteo Renzi's centre-left Democratic Party (PD), a PD Senator, Stefano Lepri, and the PD's chief in the region, Davide Gariglio.
Prosecutors had requested that the cases over so-called 'crazy expenses' against the 10, four centre-right politicians and six from the centre left, be dropped.
The judge, however, upheld the prosecutors' request to shelve the cases against six others, including former Piedmont governor Mercedes Bresso, currently a PD MEP. Prosecutors now have 10 days to formulate the charges against the 10 after which a different judge will decide whether the defendants will actually be sent to trial.
A separate corruption trial will open on Turin on Tuesday for former governor Roberto Cota and 24 former councillors, most from the centre right.