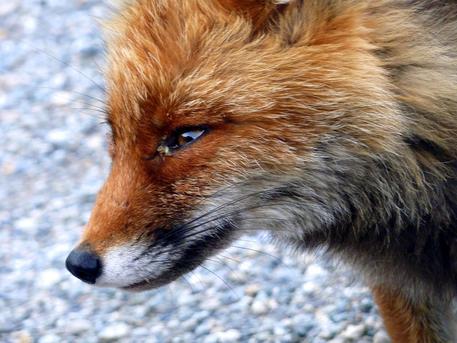 (ANSA) - Rome, October 9 - New research into the red fox suggests a major difference in the evolution of the carnivore over the past 400,000 years in North America versus the Eurasian animal.
The study of the fox genomes by researchers at the University of California at Davis found that the first red foxes originated in the Middle East before spreading their relatives across Eurasia to Siberia, over the Bering Strait, and into North America.
Lead researcher Mark Statham, an assistant project scientist with the UC Davis Veterinary Genetics Laboratory, said the findings have implications for human ancestry and evolution.
The study said that the North American red fox evolved over 400,000 years into a new species distinct from its Old World ancestors. "That small group that got across the Bering Strait went on to colonize a whole continent and are on their own evolutionary path," Statham said. According to previous studies on the red fox that had examined only the X chromosome, or the maternal line, the regional foxes were more closely interconnected.
The new research, however, includes an investigation of the Y chromosome or the paternal line and discovered the differences based on region.