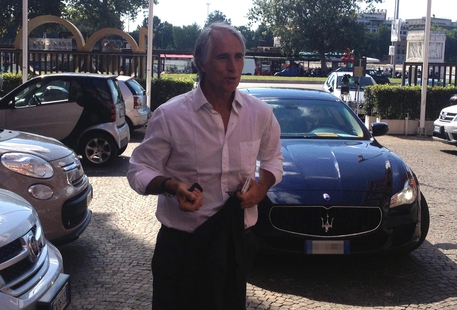 (ANSA) - Rome, October 8 - Italian Olympic Committee (CONI) President Giovanni Malagò on Wednesday lamented the "image damage" done by UEFA banning Italian Soccer Federation (FIGC) Chief Carlo Tavecchio from its committees for six months for racist comments.
European soccer's governing body handed down the punishment over Tavecchio's reference to "banana-eating" non-EU players in July during his campaign to become FIGC head.
While stressing that Tavecchio's election in August was "absolutely democratic", Malagò said that "everyone" in Italian soccer knew than an embarrassing ban was in store for the new chief before the vote. "Even though they knew this would happen, they decided it was right to vote for Tavecchio," Malagò said. "I think there's an image problem but this was a price that everyone in the soccer world knew (would have to be paid)".
Malagò, the head of Italian sport, added that he was powerless to do anything but acknowledge the situation.