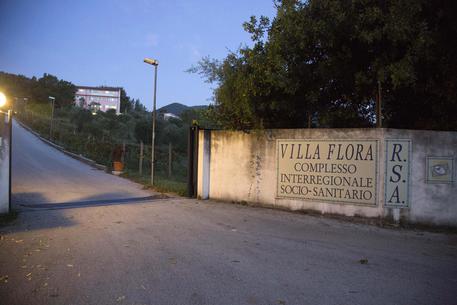 (ANSA) - Rome, October 8 - Carabinieri police placed 13 people under house arrest on Wednesday for allegedly abusing psychiatric patients and the elderly in a nursing home in the Isernia province of southern Italy.
The suspects are accused of mistreating, injuring, tying up, beating and neglecting the patients. Among those arrested were the doctor who owns the facility - also the mayor of a local town - a nurse and a number of other health workers. Another 20 people are under investigation.
"They were detained in that structure like at a concentration camp," said Isernia Prosecutor Paolo Albano.
"Their shouts (for help) went unheard". Police gathered for the dawn round-up from the southern Italian cities of Naples, Bari, Salerno, Foggia and Campobasso. The nursing home, called a Residenza Sanitaria Assistenziale (RSA), is a type of facility introduced in Italy during the 1990s to house and treat people who are unable to care for themselves and need ongoing treatment by medical specialists.