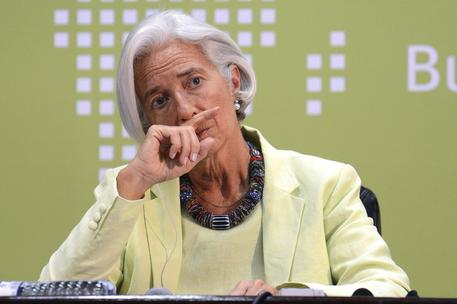 (ANSA) - Washington, October 7 - The International Monetary Fund (IMF) on Tuesday cut its estimates for Italy's economic growth, forecasting a recession this year averaging a loss of -0.2% in GDP followed by slow growth of 0.8% in 2015. In its latest report, the agency said that Spain and Greece will both turn in better economic performances than Italy this year and next, but warned that overall, the eurozone will be sluggish.
The IMF also warned that the unemployment rate in Italy this year will average 12.6%, slipping to 12% in 2015. That figure is higher than the average in the eurozone, but lower than in Spain and Greece where the jobless rate is above 20%, said the IMF.
The latest monthly job statistics for Italy from the national statistical agency Istat said that in August, unemployment averaged 12.3% while the youth jobless rate for people aged 15 to 24 was 44.2%.
Jobs will be the topic of a European Union summit on employment scheduled for Wednesday in Milan.
The IMF also warned that Italian debt this year will rise to 136.7% of gross domestic product (GDP), compared to 132.5% of GDP in 2013. Next year the agency forecasts debt will be slightly lower at 136.4%, falling further to 125.6% in 2019.
The IMF statistics are in line with other forecasts including those of the national government, which last month said it expected an economic decline this year of between -0.1% and -0.2%.
At the same time Confindustria, representing Italy's largest industrial employers, was slightly more pessimistic, forecasting that after shrinking by 0.4% this year, the economy would expand by 0.5% in 2015.