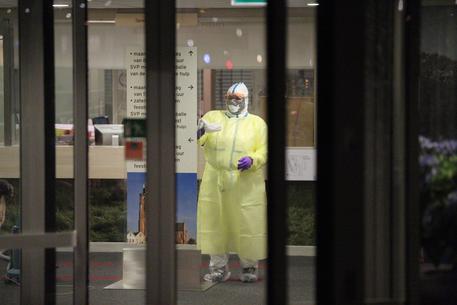 (ANSA) - Madrid, October 7 - A hospital in Madrid said Tuesday it is dealing with three suspected cases of Ebola in addition to one confirmed case of the deadly virus.
The three new cases are being closely watched, said Rafael Perez-Santamarina, manager of the hospital Carlo III-La Paz.
The nurse who has been confirmed with the disease is believed to be the first health-care worker outside of Africa to be infected.
She had dealt with a Spanish missionary who returned home for treatment after becoming infected in Sierra Leone.
The missionary died in late September, according to Spain's health ministry.
Hundreds of health-care workers, as well as more than 3,400 patients in parts of Africa, have died of the disease.