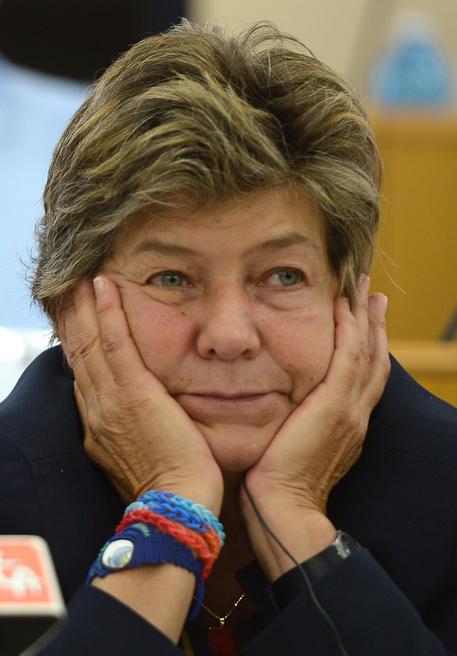 (ANSA) - Rome, October 7 - Susanna Camusso, leader of Italy's largest trade union federation CGIL, on Tuesday dismissed the content of a meeting with Premier Matteo Renzi, saying he did nothing to change unions' "negative judgement" of his new Jobs Act reforms to labour law. She said the unions appreciated the meeting, but learned nothing new.
"The only real news of the meeting today is that there will be other meetings," she said after the session. Camusso said this was the first meeting between organized labour and Renzi since he became premier seven months ago.
Unions are strongly opposed to many measures in the Jobs Act, which Renzi is sending for a confidence vote in the Senate as early as this week.
They are especially concerned with government plans to amend Article 18 of existing legislation which protects against unfair firings.