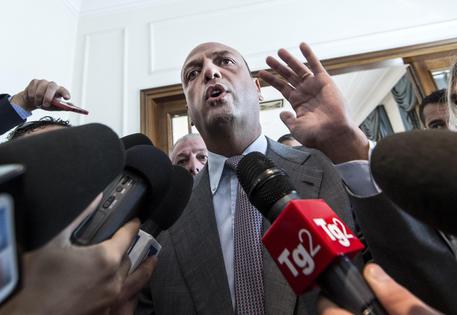 (ANSA) - Rome, October 7 - Marriages between same-sex couples contracted abroad and registered by city authorities in Italy must be cancelled and removed from municipal registries, said Interior Minister Angelino Alfano on Tuesday.
In an interview with radio station RTL, Alfano said the foreign contracts are not compatible with Italian law.
"In Italy, same-sex marriage isn't possible, so if people of the same sex get married, those marriages can't be transcribed into the Italian State civil registries, for the simple fact that the law doesn't allow it," Alfano said.
If cities where mayors authorized registration of same-sex marriages don't cancel the marriages from the registries, the Italian government will step in to annul the registrations, he added. In early September, city halls in Reggio Emilia and Bologna approved measures to recognize same-sex marriages contracted abroad, and the northern city of Pordenone issued a residency permit to the South African husband of a local male citizen.