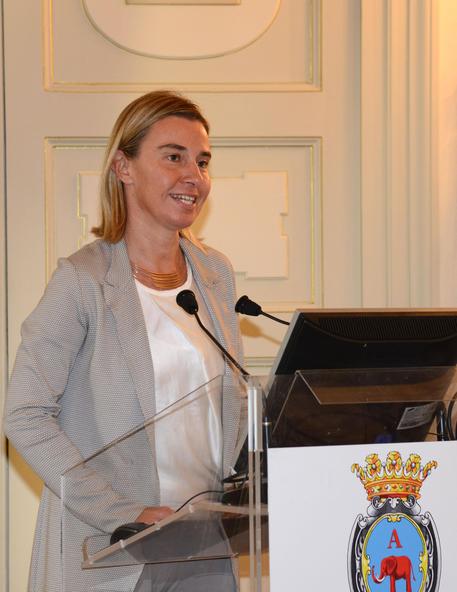 (ANSA) - Brussels, October 6 - Italian Foreign Minister Federica Mogherini, who is set to become the European Union's high representative for foreign affairs, said Monday that the bloc needed to review its relations with Russia over the next five years.
EU-Russian relations have been strained by Moscow's annexation of Crimea earlier this year and its support for pro-Russian separatists in eastern Ukraine. "In the next five years we'll have to review our relations with Russia," Mogherini told her confirmation hearing at the European Parliament's foreign affairs committee. "At the moment Russia is not a partner (of the EU), but a strategic country and a neighbour, above all of Ukraine". Before Mogherini's nomination some Eastern European countries reportedly had doubts about whether she would be tough enough on Russia. When asked how she would deal with the Russian bear, Mogherini said that "it depends on the bear's attitude". "A mix of behaviours, both assertive and diplomatic, are needed," she added. She said that press and religious freedom, gender equality and human rights would be priorities for the EU's foreign police under her. She also said that, to be able to have the EU speaking with a single voice on foreign affairs, it is necessary to have a "sense of responsibility and belonging from the member states".