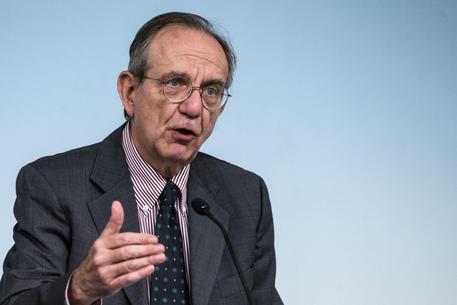 (ANSA) - Rome, October 1 - Premier Matteo Renzi's government has admitted that 2014 will be a year of recession and said it will not be able to balance the budget in structural terms until 2017, one year later than its previous target.
The executive stressed, however, that it will not breach the European Union's deficit-to-GDP-ratio threshold of 3% despite the difficult economic climate in a statement revising the forecasts presented earlier this year in its three-year economic blueprint, the Economic and Financial Document (DEF).
In the first half of this year, Italy unexpected slipped into its third recession since the start of the global economic crisis in 2008. Economy Minister Pier Carlo Padoan said Italy's gross domestic product would be down 0.3% this year, after the government forecast growth of 0.8% in April.
The statement added that the economy should recover in 2015 and grow by 0.6%.
The statement said the deficit-to-GDP ratio will be bang on the 3% threshold, compared to its April forecast of 2.6%, and will then edge down to 2.9% in 2015. Italy's debt-to-GDP ratio will be 131.6% this year and will grow to 133.4% next year, it said.
The government expects Italy's unemployment rate to be 12.6% in 2014 and 12.5% in 2015.