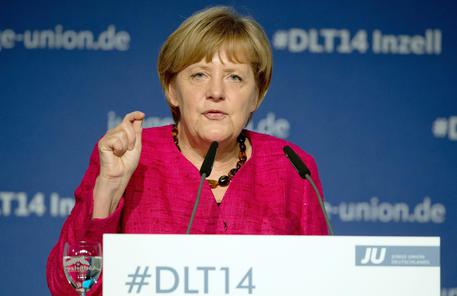 (ANSA) - Berlin, October 1 - German Chancellor Angela Merkel said Wednesday that countries must "fulfill their obligations" under the European Union's budget stability pact because the economic crisis is not over.
"We are not yet at the point where we can say that the crisis is behind us," Merkel said after the Italian government warned Tuesday that it had revised forecasts in its economic blueprint and said it will not balance the budget in structural terms until 2017.
On Wednesday, France also said that it would not reduce its budget deficit until 2017, two years later than forecast, and that it would not intensify austerity measures to speed the deficit-reduction process.
Merkel said that the credibility of the EU was at stake.
"Countries must fulfill their obligations for the welfare of all," she said, reminding member states that the title of the EU's Stability and Growth Pact was a reminder of the necessity for sound and stable finances to encourage economic growth.