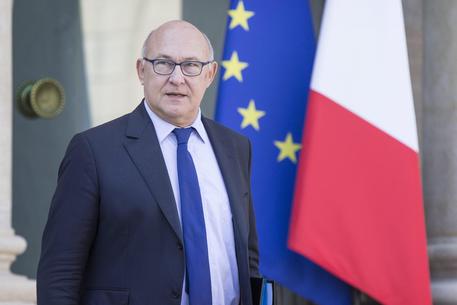 (ANSA) - Paris, October 1 - France will reduce its budget deficit two years later than previously forecast, the country's finance minister warned Wednesday.
Finance Minister Michel Sapin said the government will not reduce its deficit to meet the 3% deficit-to-gross domestic product (GDP) limit set by the European Union until 2017.
That's because France will not take the kind of austerity measures needed to speed up deficit reduction, Sapin said as he discussed the 2015 budget at a news conference.
"We will not ask for further efforts from the French," said Sapin.
"The government understands the seriousness of the budget but rejects austerity," he said.
Economic growth in France is forecast to be very weak, a common problem across parts of Europe including Italy, which is in its third deficit since 2008.