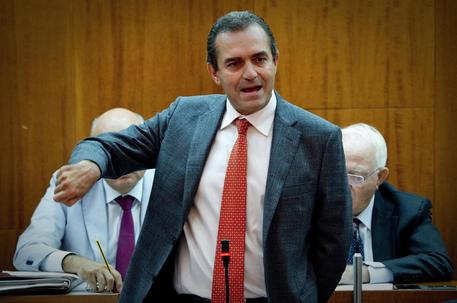 (ANSA) - Naples, September 30 - Convicted Naples Mayor Luigi De Magistris on Tuesday reiterated claims of alleged injustice suffered at the hands of President of the Republic Giorgio Napolitano when the former was a prosecuting magistrate, but added that this "personal suffering" had now been overcome. "I suffered a major injustice (from Napolitano) when I was a magistrate as he presided over the CSM (Supreme Council of Magistrates, the judiciary's self-governing body) that transferred me," De Magistris told Radio 24 in reference to his removal in 2008 from the prosecutor's office in the Calabrian town of Catanzaro following claims he had revealed the names of politicians involved in his investigations. The magistrate-cum-politician first made the claims against the head of state in an interview with the on-line edition of Espresso magazine on Monday. "However as mayor (of Naples) I have overcome this personal suffering and entered into institutional relations with the president," continued De Magistris. These relations "will continue to be institutional" he added.
"I am still mayor and I am certain I will continue to be so until 2016. There will be loyal collaboration but also liberty," De Magistris said.
On Wednesday the Naples mayor was handed a 15-month suspended sentence for involvement in obtaining the telephone data of some MPs, including former premier Romano Prodi, without the proper authorisation during a probe.
Following his conviction Senate Speaker Pietro Grasso said that a 2012 anti-corruption law suspending people convicted of certain crimes from public office should be applied to his case.
However the former magistrate has refused to quit, saying the abuse-of-office conviction is part of a plot to wrestle control of the city from him.