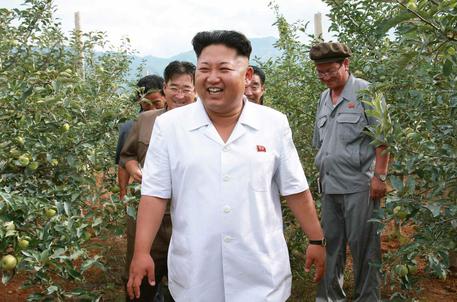 (ANSA) - Tokyo, September 30 - Concealed heels in Kim Jong-un's shoes have been blamed for the nearly one-month absence of North Korea's supreme leader from public view, Chosun Ilbo reported Tuesday.
The Korean news site said Kim underwent double surgery to fix fractures in both ankles, caused by an elevation trick used by his father Kim Jong-il. The internal thickness of the shoes reportedly added several more centimeters to the height of the shoes than what could be seen externally. The absence of the leader from any public events has been a target of speculation since the State television KCTV announced the leader's "indisposition" last week.