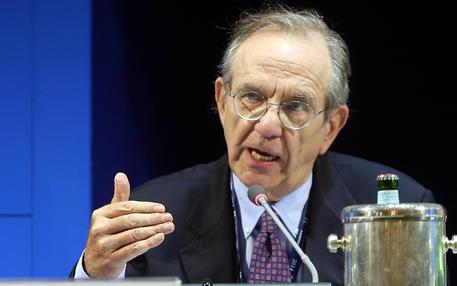 (ANSA) - Rome, September 29 - Europe is facing "a very worrying combination" of negative economic factors, including low growth and investment, low inflation, high debt and high unemployment, Economy Minister Pier Carlo Padoan said Monday.
His comments to the Lower House also reflected the very weak conditions in Italy's economy, which is in its third recession since 2008.
Analysts have underestimated that full extent of the economic crisis that has shaken much of Europe and may not understand all of the factors at play, added Padoan, speaking on the European Union's economy.
"Growth estimates have been too optimistic...growth has been postponed, and some of the causes are still misunderstood," Padoan said. "The problems we face go deeper than a mere cyclical adjustment," he added.
Concerns about problems of low productivity in Italy and elsewhere, along with sluggish growth, have led policy leaders including European Central Bank President Mario Draghi to call for significant structural reforms by governments in the eurozone.
Such reforms are the "real challenge" for Italy and Europe, said Padoan.
He spoke as the government of Premier Matteo Renzi continued to battle critics in his own party as well as organized labour over reforms to Italy's labour market - the sort of structural reform policy makers often refer to.
It would be helpful if the EU gave countries more room for expansive fiscal policies by increasing flexibility in its budget rules, said Padoan.
The focus is shifting, he said, away from austerity to a "policy mix that makes the best possible use of the tools that we have available (to stimulate growth)".
That reflects a frequent call by Renzi for the EU to allow certain kinds of government spending - on infrastructure, for example - to be excluded from budget rules that require deficits of no more than three per cent of gross domestic product (GDP).
As rules now stand, there is too much pressure for adjustments on European countries in deficit and not enough on countries that are in surplus, Padoan said, referring to Germany, which analysts have said often runs budget and trade surpluses at the expense of other European nations.
"There should be a qualitative not quantitative approach to budget policies," Padoan told the Lower House.