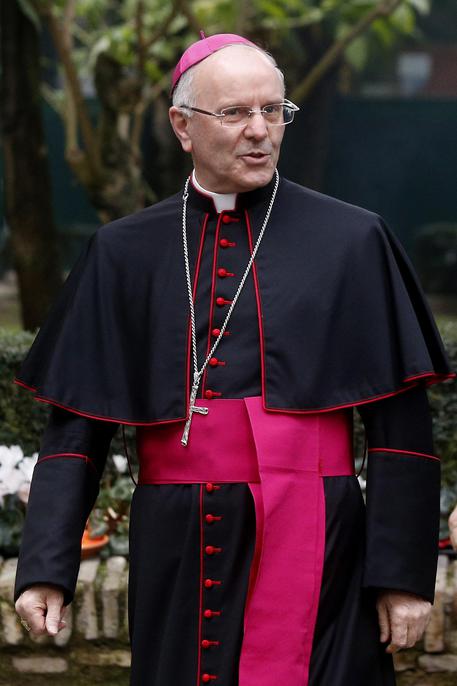 (ANSA) - Vatican City, September 26 - Monsignor Nunzio Galantino, the secretary general of the Italian Bishops Conference (CEI), on Friday called on Italian politicians and unions to use fewer slogans and work harder to solve the problems of ordinary people. Premier Matteo Renzi, who was sworn in in February, has been attacked by critics for allegedly being strong on soundbites and announcements of reforms, but so far weak on improving recession-hit Italy's plight.
"It's not a question of whether you like Renzi or not," Galantino told a press conference. "You have to ask people if answers are being found".
Among the sectors Galantino referred to was education.
The government has announced plans to reform Italy's education sector as well as programmes to hire 150,000 new teachers by September 2015 and spend 3.5 billion euros on renovating often crumbling schools.
"The schools require an intervention which cannot be that the government is fielding," he said.
"It shouldn't be reduced to slogans. The schools and training sectors have become a sort of ready-to-use cash machine, so that you know where to get money from...
"Our impression is that it's necessary to redesign the political agenda, making the family, jobs, training and schools the priority, not by making announcements, but really addressing the issues".