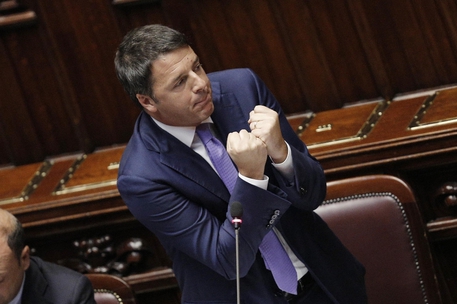 (ANSA) - Rome, September 19 - Premier Matteo Renzi on Friday berated unions protesting his proposed labor reform. "Where were you in the years that produced the greatest injustice, (the divide) between those who do and don't have jobs, between those with permanent and temp contracts?" Renzi said. "You only thought about waging ideological battles, and not about people's real problems". His government, said Renzi, wants to defend the rights of those who have none.
"We will defend them with serious, concrete measures," the premier said. "We don't want Thatcher's labor market, but a just one, with equal rights for all citizens," he said after CGIL labor federation chief Susanna Camusso earlier accused him of espousing Thatcherite views on labour reform.
His Jobs Act bill, said Renzi, seeks redress for all those that have been neglected over the years.
"We're thinking of the ones with temp contracts, who are condemned to a lifetime with no job security, a situation the unions have contributed to by worrying only about the rights of some and not all," Renzi said.