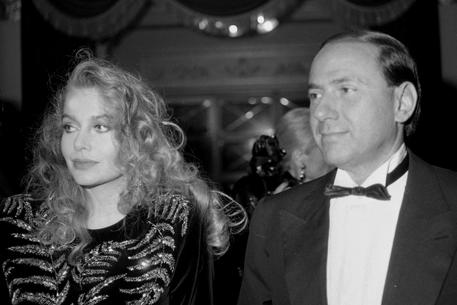 (ANSA) - Milan, September 16 - A Milan appeals court has ruled in favour of ex-premier Silvio Berlusconi and against his former wife in an alimony dispute case, cutting Veronica Lario's monthly support payments and ordering her to repay 36 million euros, an Italian newspaper reported Tuesday.
Berlusconi, one of Italy's richest men, had initially been ordered to pay Lario three million euros per month in alimony, but that has been reduced to a two-million euro monthly payment, reported the Corriere della Sera newspaper.
The Court of Appeal of Milan also made the order retroactive, thus requiring Lario, who had been married to Berlusconi for more than 20 years, to repay the one million euro difference for each of the previous 36 months.
She can appeal the latest decision to Italy's top Cassation Court.
Berlusconi had asked the appeals court to cut Lario's alimony from an initial award of three million per month set in December 2012. A separate court ruling had suggested payment should be 1.6 million euros monthly.
The couple's divorce was officially finalized in February, leaving Berlusconi,77, free to marry his 29-year-old fiance Francesca Pascale, a former shop assistance from Naples.
Their wedding would be the third trip to the altar for Berlusconi who, with Pascale, is a regular on Italian TV and in Berlusconi-owned gossip mags where they project a cozy image of a besotted couple, often petting their dog, Dudu', who has become a celebrity in his own right.
Berlusconi has been married twice and has five children, three of those with Lario, 58, a former actress.
He married her in 1990 after being smitten several years previously when he saw her perform topless in a Milan play about a philandering husband called The Magnificent Cuckold.
Lario, who was born Miriam Raffaela Bartolini, completed her divorce from Berlusconi on February 17 after keeping out of the limelight since denouncing her then husband's eye for the girls in 2009, claiming "maidens are being fed to the dragon".