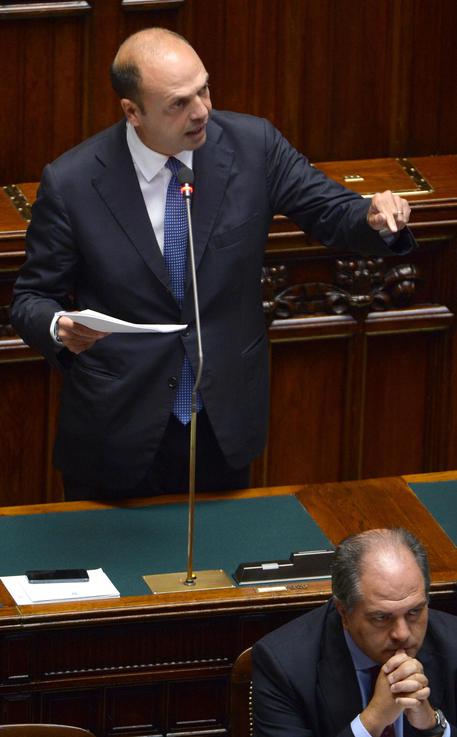 (See related) (ANSA) - Rome, September 15 - New rules are in the works to seal "a hole" in Italian laws to better deal with any citizen who chooses to fight on the side of terrorist groups such as ISIS, Interior Minister Angelino Alfano said Monday.
He warned that the jihadists in ISIS present "a terrible threat against moderate Islam, but also against the West" and its values.
The group, which has recently beheaded three Westerners in highly publicized videos, is also targeting any State that opposes them and the only response is to "strengthen" the tools to fight terrorism, he said in a letter to Italian daily newspaper Corriere della Sera.
That must be done at the national level and also among European states working together, said Alfano.
Current European rules dealing with terrorists, introduced in 2005 after terror attacks in London, punish recruitment and training of terrorists, but don't go far enough, he said.
"We must now add a new provision that takes account of the evolution of the threat," said Alfano.
Anti-mafia laws dealing with preventative measures may be necessary, he said, to deal with what he called "aspiring fighters".
"The purpose is to neutralize the danger at the root, by applying a measure of special surveillance of public security that would deprive him of any ability to do harm," the minister said.