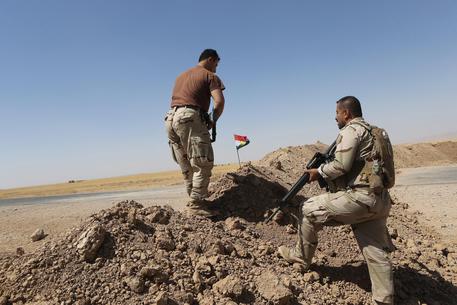 (ANSA) Rome, September 12 - A consignment of weapons Italy sent to Iraq for distribution to Kurdish forces fighting Islamic State (ISIS) extremist guerrillas has arrived in Baghdad ready for Iraqi authorities to hand to Peshmerga fighters, Italian defence ministry sources said Friday.
"Everything is proceeding according to what was communicated recently to Parliament by Defence Minister (Roberta) Pinotti," the sources said.
The weapons earmarked for the Kurdish troops include thousands of AK 47 assault rifles and ammunition that were held in store in Sardinia after being confiscated from a ship in the Mediterranean during the Balkan wars in the 1990s.
The Peshmerga have been outdone in several battles by better-armed ISIS militia.