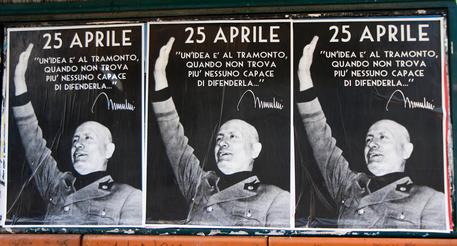 (ANSA) - Rome, September 12 - Italy's supreme Cassation Court on Friday upheld the convictions of two neo-Fascist sympathisers for making the Fascist salute and shouting Fascist slogans during a far-right rally.
The perpetrators were prosecuted under a 1952 banning the Fascist party and making promoting Fascist ideology a crime punishable with up to four years in prison. "The obligation to protect democratic institutions has not eroded with time, as shown by frequent episodes denoting intolerance for democratic values and lack of respect for the rights of ethnic and religious minorities," the court wrote.