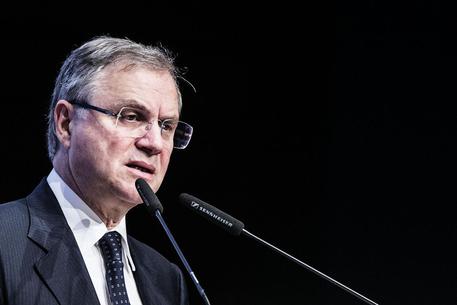 (ANSA) - Milan, September 11 - New measures promised by the European Central Bank (ECB) could, if fully applied, boost Italy's gross domestic product (GDP) by 0.5%, "a considerable sum," Bank of Italy Governor Ignazio Visco said Thursday.
That could be a boon for the economy that slipped into recession in the second quarter, Italy's third such downturn since 2008.
Speaking to a meeting of the Eurofi financial forum, Visco said that "the heart of the problem" plaguing economies in Europe is very weak demand and low investment. What's needed from government is to "create a more favourable environment" to kick-start private and public investment in Italy and Europe, he said.
The need is great, he said.
Since the start of the global financial crisis in 2007, public and private has plummeted by 20% across Europe and even worse, by as much as 25% in Italy, said Visco.
Last week, the ECB unveiled new measures to try to boost economic growth including changes to its interest rates and the purchase of asset-backed securities.
Those measures, as well as earlier commitments by the central bank to increase loans to commercial banks, are designed to encourage those banks to, in turn, increase loans at reasonable terms to business and consumers.
Visco said governments must do their part, along with central bankers, in boosting economic expansion.
While Italy has slipped into recession, other European economies including Germany - the eurozone's largest - are also struggling with sluggish demand, low growth and weak inflation.