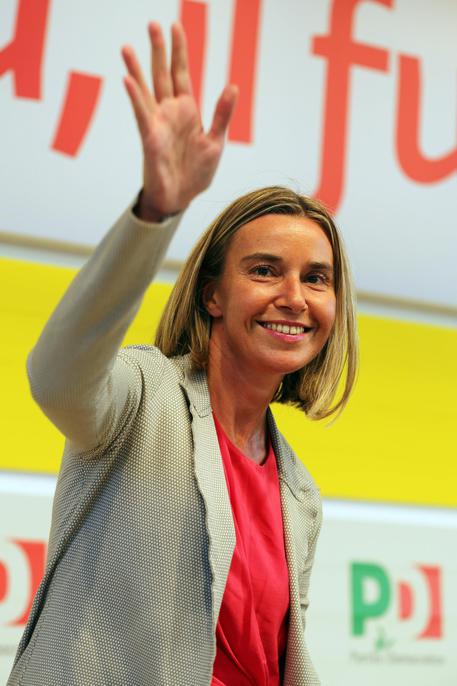 (ANSA) - Rome, September 9 - Foreign Minister Federica Mogherini said Tuesday that the Italian government's international appeal on behalf of the two marines detained in India is "technically ready", but at the same time Rome still has a "duty" to continue talks with New Delhi to find a political solution. The two paths "aren't mutually exclusive," she told a meeting of the foreign and defence committee of the Senate and Lower House.
Mogherini said that Italy is concerned about the living conditions of the two marines, Massimilian Latorre and Salvatore Girone, because of the stress they have been under.
They are accused of killing two India fishermen during an anti-piracy mission and have been held in India since 2012.
Rome has protested the many delays in the case, which has caused major diplomatic friction between the countries.
It successfully fought to ensure New Delhi took the death penalty off the table and dropped the application of a severe anti-terrorism, anti-piracy law, which it said would have equated Italy with a terrorist state.
Rome argues the case is not in India's jurisdiction as the incident took place outside the country's territorial waters. It also says the marines should be exempt from prosecution in India, because they are servicemen who were working on an anti-piracy mission, and allowed to return home.
On Monday, the Indian government said it would not oppose Latorre's return to Italy for medical treatment after he suffered a stroke-like attack.
The Supreme Court in New Delhi delayed a decision on that request, asking the Indian government for an opinion before adjourning proceedings until Friday.
The request is for Latorre to return to Italy for three or four months.
Mogherini said she hoped the decision would made be quickly in Latorre's favour.