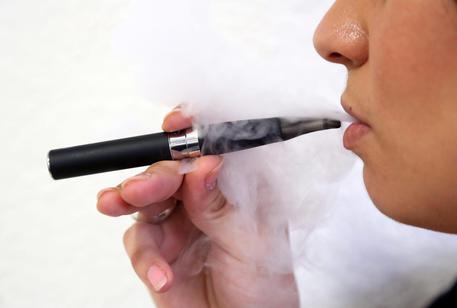 (ANSA) - Rome, September 5 - Warnings over e-cigarettes are alarmist and increasing their use could save many lives, a team from University College London (UCL) says.
For every million smokers who switch to e-cigarettes, more than 6,000 lives a year could be saved, according to the researchers. Meanwhile another group of London-based experts has attacked criticism of e-cigarettes as "misleading".
Last week the World Health Organization called for e-cigarette use to be banned in public places and workplaces.
The WHO said this was because they could increase the levels of some toxins and nicotine in the air.
Its report also warned about the risk of e-cigarettes acting as a gateway by which non-smokers might start smoking real cigarettes.
But the UCL team said the numbers of non-smokers using e-cigarettes amounted to less than 1% of the population, according to the Smoking Toolkit study, a monthly survey of smokers in England.
Prof Robert West added that even though some toxins were present in vapour from e-cigarettes the concentrations were very low.