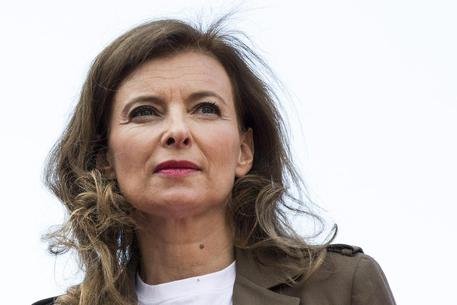 (ANSA) Paris, September 3 - Socialist French President François Hollande says that "he doesn't like the rich but in reality he dislikes the poor," his former First Lady, Valérie Trierweiler, claims in her kiss-and-tell memoir about her relationship with the head of state quoted by Le Monde newspaper Wednesday.
According to excerpts from the explosive book quoted by Le Monde newspaper ahead of publication, Trierweiler recalled that during a family lunch Hollande commented on her modest family origins.
"That was a slap in the face," she was quoted as saying.
Hollande "presented himself as a man who dislikes the rich. In reality the president does not like the poor," she said.
"He, a man of the left, refers to them in private as 'the toothless' and is very proud of his sense of humour".