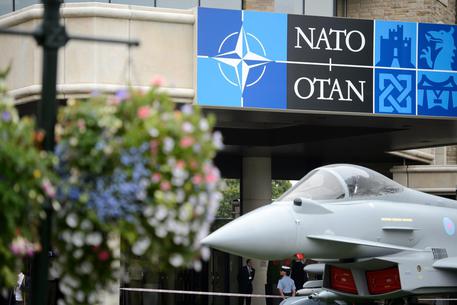 (ANSA) - Rome, September 3 - NATO's Rapid Trident exercise in western Ukraine on September 16-26 including Italian troops is not meant to put pressure on Moscow as pro-Russia rebels fight Kiev in the east of the country, Italian Defence Minister Roberta Pinotti told a joint session of the House and Senate foreign and defence committees Wednesday.
The decision to go ahead with the exercise is seen as a sign of the commitment of NATO states to support non-NATO member Ukraine while stopping well short of military intervention in the conflict.
The annual exercise, to take place in the Yavoriv training center near Ukraine's border with Poland, was initially scheduled for July, but was put back because early planning was disrupted by the crisis in the eastern part of the country. NATO stepped up military activity in its eastern member states after Russia's annexation of Crimea in March, and is expected to agree at a summit in Wales this week to create a new rapid reaction force of several thousand troops. In addition to staging air force exercises, the United States is moving tanks and 600 troops to Poland and the Baltic states of Estonia, Latvia and Lithuania for joint maneuvers in October, replacing a more lightly armed force of paratroopers. But Rapid Trident will entail the first significant deployment of US and other personnel to Ukraine since the crisis erupted.