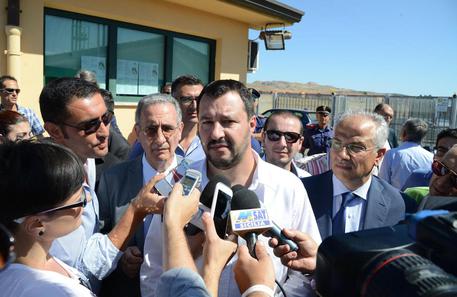 (ANSA) - Rome, September 3 - Letting courts rule on gay adoptions would signal "the end of civilization", the secretary-general of the xenophobic, separatist Northern League party said Wednesday.
"Judges must not decide on such matters," Matteo Salvini said.
"It would be the end of civilization," the MEP stated. "As far as we are concerned, gays must never be allowed to adopt children".
His remarks came after a Rome court on Friday approved the first adoption of a child by a lesbian couple. The girl is the biological child of one of the women.
Salvini went on to blast Premier Matteo Renzi's 1,000-day reform and economic stimulus package, which was unveiled on Monday.
"Italy does not have 1,000 days," the League leader said.
"Renzi is promising a lot and doing nothing".
The League stands by its proposal of a flat tax capped at 20% and a federal regime that would "reward economically virtuous regions", Salvini said. The anti-immigrant leader went on to say that while the government rescues thousands of African and Middle Eastern war refugees in the Mediterranean, it is apparently unable to bring home two Italian marines being detained in India after they shot two Indian fishermen to death.
"We should sanction India not Russia," suggested Salvini, who reportedly once called for immigrants to travel in separate compartments.
Salvini made waves with a Corriere della Sera newspaper interview published Wednesday in which he praised North Korea, a pariah in the international community due its systematic human rights violations. The North Korea embargo is "idiotic", Salvini said.