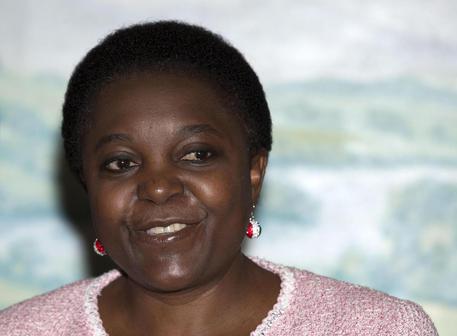 (see previous)(ANSA) - Rimini, August 28 - The election of Carlo Tavecchio to head the Italian Soccer Federation (FIGC) shows lack of resolve in taking a stand against racism, MEP Cecile Kyenge said Thursday.
Tavecchio's election was controversial because he commented there are 'banana-eating' players in Serie A during his campaign to replace Giancarlo Abete as FIGC chief.
There were calls for him to be disqualified because of it, and former integration minister Kyenge condemned the alleged remark.
"His election shows lack of courage on the part of FIGC and of our country in taking a step forward," the former minister said.
"The real victory will come when, as a culture, from left to right, we will make no exceptions in condemning such lack of awareness of one's role," she added. The FIGC on Monday shelved a probe into Tavecchio's remark, for which he has apologized, saying "no disciplinary issues" had emerged.
UEFA is investigating Tavecchio's remark.