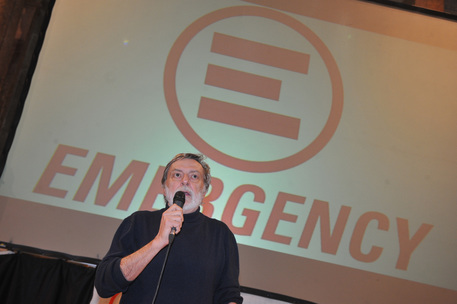 (ANSA) Rome, August 28 - The Italian NGO 'Emergency' has opened a new health centre for refugees in Iraqi Kurdistan living in makeshift camps without access to basic services, Emergency said Thursday.
The Emergency team consisting of national and international staff is treating as many as 50 people a day in Kurdistan, where 700,000 refugees are being sheltered by Kurdish authorities, said the NGO in a statement.
Most of the people requiring medical attention are Christians and Yazidis from the city of Jalawla that has just been overrun by ISIS forces.
"When the ISIS militiamen took control of the city they went into the houses and took away eveything," one refugee, identified only as M., was quoted as saying.
"I escaped with my brother and children because my husband is in the army and if they had known they surely would have killed us".
"We all live in one tent with temperatures of 50 degrees, without drinking water and without electricity for at least eight hours a day, but at least we are alive".
Emergency, led by warzone doctor Gino Strada, also has opened a health centre at Arbat in northern Iraq, where 3000 people who fled the fighting in Syria live.
In addition to basic medical assistance Emergency staff there carry out vaccinations and check on the nutritional status of children under five years old.