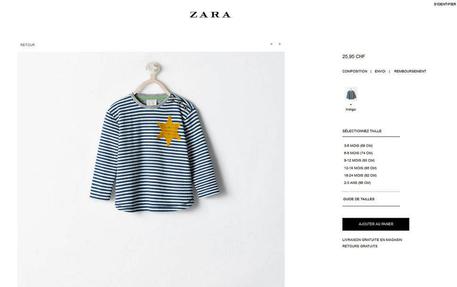 (ANSA) - Aosta, August 27 - Controversy has erupted around a striped sweater for children decorated with a yellow star and sold in the Zara fashion chain, with critics saying it too closely resembles the uniform worn by Jewish prisoners in Nazi concentration camps.
Debate has swelled in Switzerland, according to media reports, where Jewish groups say that the sweaters are "simply intolerable" because, with what looks like the Star of David, the tops call to mind the striped pajama-type uniforms of the Holocaust.
Zara has apologized and said that the stars were inspired by cowboy movies and the badges of sheriffs in the Old West.
The Spanish clothing chain said it was pulling the sweaters off its shelves, although media reports Wednesday said it was still available for purchase online.
Some media in Israel reported that the sweaters, with navy and white stripes, had for a time been available in outlets there.