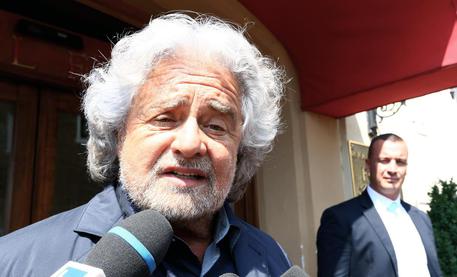 (ANSA) - Rome, August 27 - Beppe Grillo's anti-establishment Five Star Movement (M5S) party, writing in a post on Grillo's blog Wednesday, compared national television news program TG1 to a "regime worthy of the worst South American dictatorship".
In the blog post, M5S MP Alberto Airola wrote, "I'm furious over the obvious and outrageous disinformation that goes on in this country, and for the fact that so many citizens continue to drink down the fabrications of this riff-raff".
Last Monday, M5S MPs and Senators including Airola signed an interrogation calling for the firing of TG1 director Mario Orfeo and journalists Alberto Matano and Claudia Mazzola.
The move came after the journalists referred to an August 16 article by M5S MP Alessandro Di Battista in which he suggested that Western powers should negotiate with the Islamic State (ISIS) fundamentalist militia that published a video of one of its cohorts beheading American journalist James Foley.
Orfeo responded to the call for his resignation by saying that M5S was orchestrating a situation similar to that of 12 years ago, known as the "Bulgarian edict," when three popular TV figures - veteran journalist Enzo Biagi, TV presenter and journalist Michele Santoro and satirist Daniele Luttazzi - disappeared from RAI's airwaves in 2002 after being criticised by then premier Silvio Berlusconi on a visit to Bulgaria.
All three were accused by Berlusconi of having slashed his May 2001 election lead by making "criminal" use of state TV.
In the post, Airola claims that Orfeo is a political "puppet" and wrote, "These lowlifes will pay, maybe not now, but definitely someday." One of the journalists cited in Wednesday's post, Rainews24 director Monica Maggioni, told ANSA on Wednesday, "The tone and quality of the M5S attacks are what really resemble a South American dictatorship, but if the objective is to intimidate us, once again they haven't succeeded".