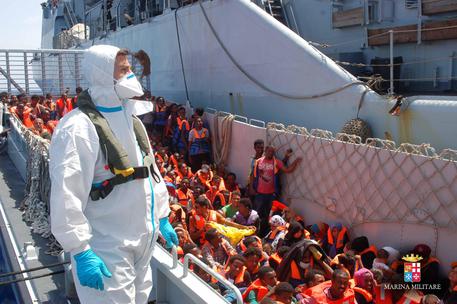 (ANSA) - New York, August 26 - Italy must not be left to deal with the ongoing Mediterranean migrant crisis on its own, the United Nations said Tuesday.
"The task of facing the massive flow of migrants (fleeing war in Africa and the Middle East) should not be left up to one country alone," UN spokesperson Stephane Dujarric said. "An international effort must be made".
Dujarric's comments followed on reports by the United Nations High Commissioner for Refugees (UNHCR) that since the beginning of the year 1,889 migrants have died in the Mediterranean while trying to reach Europe. Of those, 1,600 lost their lives since the beginning of June.
"There must be urgent, joint European action," said UNHCR.
Italy's southernmost islands are the first landfall for those departing from north African countries such as Libya.
It set up a migrant search-and-rescue operation called Mare Nostrum (Our Sea) last October, after 366 migrants perished in two boat disasters off the coast of the Sicilian island of Lampedusa.
Italy has repeatedly called on the European Union to share in the mission, which Navy officials said costs nine million euros a month.
It will present a package of measures to spread the burden of Mediterranean migrant rescue operations to EU interior ministers in October, government sources said.