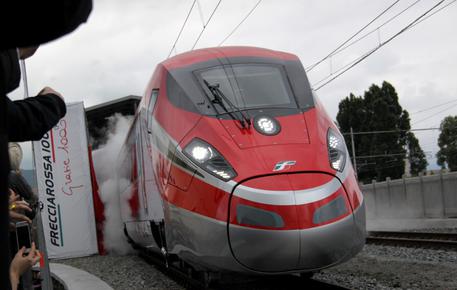 (ANSA) Rimini, August 26 - Infrastructure Minister Maurizio Lupi signed Tuesday an agreement with Italian State Railways managing Director Michele Elia to link Italy's high-speed train network to airports in Rome, Milan and Venice at a cost of some 3,000 million euros.
In all, linking the high-speed train network to Rome's Leonardo da Vinci Airport and Milan's Malpensa Airport will cost 1,000 million euros each with a link to Venice's Tessera Airport expected to cost slightly less.
"By the end of 2014 we want the feasibility from the FS (State Railways)," said Lupi, "this is an agreement in line with the action of the government".
"We have to pass from words to facts and go beyond just making announcements. It has been shameful that our main airports were not linked to the high-speed trains".
The first step involves analysis of the plans by transport ministry officials, to be completed by the end of February 2015, including designs of the service, as well as financial arrangements.
The agreement, "was born of the need to facilitate quick and efficient links between the three airports and major cities, as happens in other European Union countries, and for the development of international tourism all over the country," said Lupi's office Monday in a joint statement with Trenitalia.