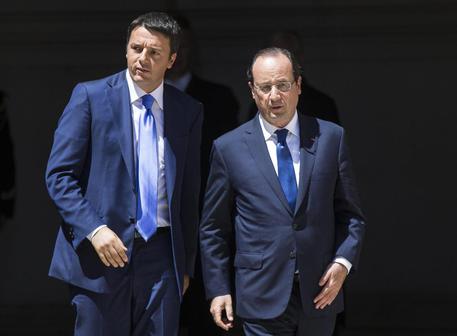 (ANSA)- Rome, August 19 -The European Central Bank cannot re-launch growth in Europe through so-called quantitative easing since the continent's economic problems are rooted in "the chronic sickness of Italy and France and the European banking system," former Swiss central bank governor Philipp Hildebrand said Tuesday.
While the economies of countries such as Spain and Portugal have started growing again and even Greece shows signs of recovery "Italy and France are in such a bad state that no quantitative easing (government bond purchasing) would succeed in making them grow," Hildebrand, a Vice-President of BlackRock, wrote in an editorial comment for the Financial Times newspaper.
Rome and Paris "must reform the labour market, reduce taxes that weigh on firms, thin down the bureaucracy and continue to sanitize public accounts" and "not just talk about doing it," he added.
Purchasing state bonds by the ECB is counter-productive in that it "would allow those countries to finance still lower interest rates and therefore to give those governments reluctant to carry out reforms an easy way out," Hildebrand said.