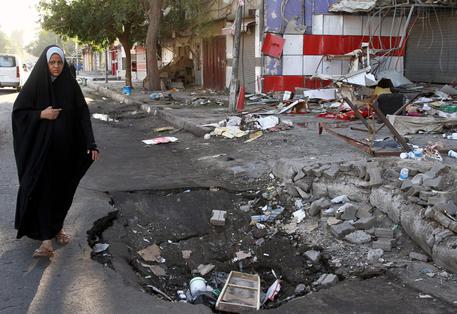 (ANSA) - Beirut, August 14 - Chaldean Patriarch Louis Sako, who presides the Iraqi Episcopal conference, on Thursday called for an armed response from the United States, the European Union, and the Arab League to repel Islamic jihadist forces that are sweeping across northern Iraq, where they are driving hundreds of thousands of Christians and Yazidi from their cities and carrying out what the patriarch called "a slow genocide" of members of minority faiths.
The Chaldean Catholic Church is made up of an estimated 500,000 people who are ethnic Assyrians indigenous to northern Iraq, southeast Turkey, northeast Syria and northwest Iran.
The US, the EU and the Arab League have a duty to "clear the Nineveh plain of all jihadist militia" and help Christians, Yazidi and Shiites "return to their villages of origin and rebuild their lives," the religious leader wrote in an appeal sent to AsiaNews agency.
The appeal was written "with the unanimous consent" of the bishops of Mosul as well as various churches and Christian denominations, according to AsiaNews.
As the patriarch made his appeal, Foreign Minister Laurent Fabius announced France is about to supply Iraqi Kurds fighting the jihadists with weapons "in the next few hours". "They are sophisticated weapons fulfilling urgent Kurdish needs, and they will be delivered in the next few hours," the minister tweeted.
As well, Germany will begin military aid beginning on Friday, German news agency DPA reported.
It will also send four Transall military cargo planes with food and medical equipment to aid refugees in the northern city of Erbil, DPA said.