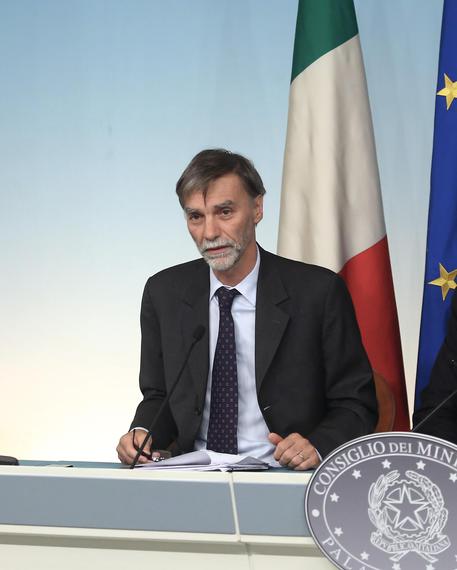 (ANSA) - New York, August 13 - Cabinet Undersecretary Graziano Delrio has ruled out the possibility of Premier Matteo Renzi's government increasing taxes, saying public-sector cuts would be used if Italy's return to recession necessitates a budget adjustment.
"This government has chosen not to increase taxes and it will keep this commitment," Delrio said in an interview with the Wall Street Journal.
"If other sacrifices are required, we'll ask the civil service to make them". Istat announced last week that Italy has slipped into its third recession since the start of the global economic crisis in 2008, with a 0.2% drop in GDP in the April-June period making for a second consecutive quarter of negative growth after a 0.1% decline in the first three months of the year. That means that the 0.8% GDP growth that the government had forecast this year - the basis for its various budget calculations - looks set to be some way off the mark.
Indeed, Renzi has said Italy's deficit-to-GDP ratio for 2014 will be 2.9%, above the government's target of 2.6% but below the 3% threshold allowed by the EU.
The return to recession is a big blow to Renzi's administration, which embarked on an ambitious reform programme after being sworn in in February. But Delrio said the government just needs time for its efforts to deliver benefits.
"One by one we are tackling the causes of Italy's lack of competitiveness," Delrio told the WSJ, "the inefficiencies of the civil service, the long delays in the justice system and the oppressive tax regime.
"But many of our measures require time before they bear fruit".