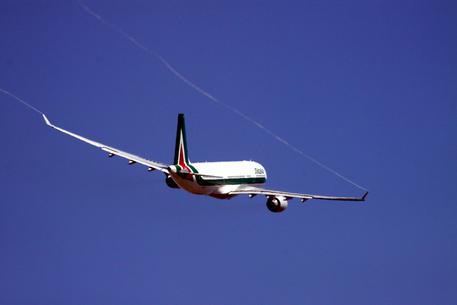 (ANSA) - Rome, July 31 - State-owned Poste Italiane mail service on Thursday approved an investment of 70 million euros in an Alitalia middle company to be set up to facilitate its merger with Etihad Airways while leaving Poste off the hook for Alitalia's debt, the Poste board said in a note. This is a major step forward in the life-saving deal with Abu Dhabi-based Etihad, which wants to invest about 560 million euros in return for a 49% stake in Alitalia.
As well, Alitalia officials sent their final response on Etihad's offer on the struggling Italian carrier, in time to meet a July 31 deadline.
The airline's board of directors also called a meeting for Friday to discuss the state of play, including a likely increase to 300 million euros in capital necessary for keep Alitalia alive until the Etihad deal is finalized, sources added. Poste Italiane is currently one of Alitalia's biggest stakeholders after it acquired over 19% of the airline as part of a government-orchestrated bailout last year.
It had previously balked at any further investments in the money-losing airline without guarantees that it would not be on the hook for Alitalia's enormous debts, estimated by some at more than 800 million euros.
Sources said a solution was developed that will involve setting up a middle company that Poste Italiane has said allows it to make an investment "that is consistent with and meets the industrial logic of Poste Italiane as a public company".
As well on Thursday, sources said Alitalia shareholders were likely to agree to increase the amount of money they were raising - to 300 million euros from the previous 250 million - to keep the carrier flying until the Etihad deal is finalized.
A stumbling block still remains concerning labour conditions, as Etihad has demanded that Alitalia cuts its labour costs by eliminating jobs and amending wage packages.
Unions representing Alitalia employees remain divided over the labour cuts, with at least one union calling for a renegotiation of the conditions demanded by Etihad.
Alitalia has said that all its unions must support the Etihad deal before it can be finalized.