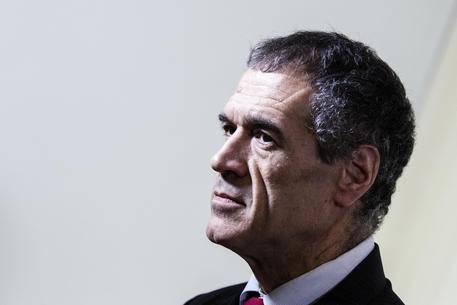 (ANSA) - Rome, July 31 - The spending review will get done, with or without its commissioner, Premier Matteo Renzi said Thursday.
"I respect (Carlo) Cottarelli. He will do what he has to do. But he is not the point. We will carry out the spending review with or without him, and we will stand by the numbers," Renzi said amid reports of a rift between the two.
"After our spending review, our 16-billion-euro budget will bring the deficit to 2.3% of GDP," Renzi promised.
Cottarelli was appointed last fall by Renzi's predecessor, Enrico Letta, who asked the spending review commissioner to find savings to fund a cut in labor taxes in a bid to boost employment and stimulate Italy's stagnant economy as it struggles to come out of its longest post-war recession.
Since his appointment, Cottarelli has come up with 32 possible places to cut public spending, earning himself the nickname of Mr. Scissors.
These range from the salaries of senior public officials to expensive real estate rentals for public agencies to street lighting to pensions. One of the clashes between Renzi and Cottarelli occurred over how to raise billions of euros needed to cover Renzi's 80-euro monthly tax bonus for low-income earners and a 10% cut in the IRAP regional business tax. Cottarelli expected pensions would be cut, but the premier removed that option.
On Thursday, Renzi went on to say that his 80-euro bonus will be extended to 2015, and the money is there to cover it.
"We are certain we can cover the bonus, in spite of the nay-sayers," he said.
On Thursday, however, Cottarelli said he was still working on the spending review and had "nothing to report".