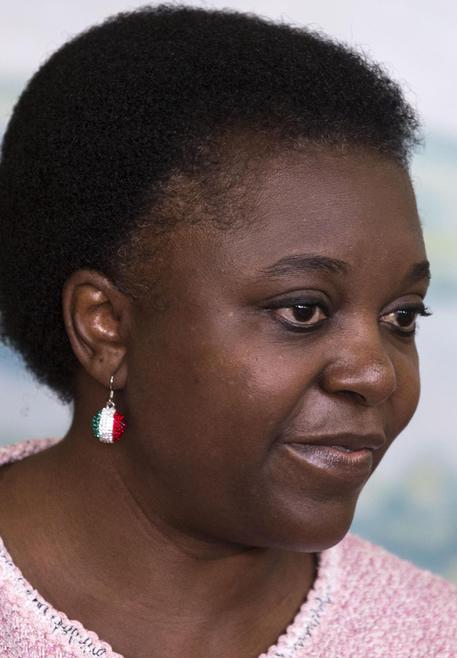 (ANSA) - Rome, July 29 - Italy's former integration minister Cecile Kyenge on Tuesday denounced comments by the head of the country's amateur soccer leagues and said that Carlo Tavecchio should be held accountable for making racist remarks.
"Tavecchio's words are out of place, racist, and must be sanctioned," Kyenge, a frequent target of racist remarks as Italy's first black cabinet minister, said during a radio program.
One day earlier, Tavecchio apologized for his comments but showed no signs of backing down from his bid to become the president of the Italian Soccer Federation (FIGC) despite causing a storm of controversy by suggesting some Serie A clubs had "banana-eating" non-EU players.
"I was wrong," he said late Monday. "I'm sorry and I apologized," he added.
The 71-year-old was speaking after international soccer's governing body FIFA said it was demanding the FIGC open a probe into his remarks.
"I have the support of the (Italian) leagues," said Tavecchio, who is also FIGC vice president.
"I'm going ahead with my bid to be president of the FIGC...
Now let's fight discrimination in sport". Tavecchio sparked the controversy last week when he made the comments about "banana-eating" players as he was outlining his plans for Italian football if he takes the helm of the federation. He called for tighter restrictions on non-EU players in Italian soccer.
He has shown he does not represent renewal in sports, said Kyenge.
"Tavecchio has to also take a step back because the sport needs renewal, new words, to combat racism," said Kyenge, now a member of the European Parliament representing the Democratic Party (PD).
"Tavecchio has slipped on a banana peel," she quipped.