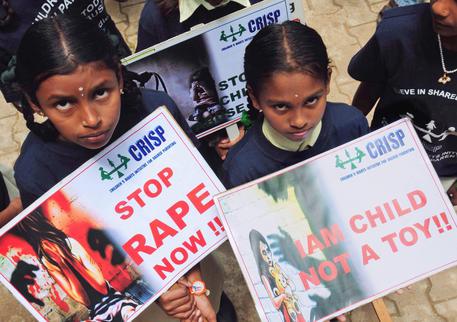 (ANSA) - New Delhi, July 29 - Police have arrested two gym teachers at a posh private school in Bangalore on suspicion of raping a six-year-old female student, Police Commissioner MN Reddy said Tuesday at a news briefing.
The two suspects, identified by local media as Lalgiri Indragiri, 21, and Wasim Pasha Moula Attara, 28, allegedly locked the little girl in a room and abused her. The incident came to light when the child complained of stomach pain to her mother.
A third gym instructor was arrested earlier this month in connection with the case, and was found in possession of child pornography on his cell phone. The incident at the elite Vibgyor High School sparked violent protests by parents, who accused school authorities of trying to hush up the rape. The school re-opened Monday after being shut down for ten days.