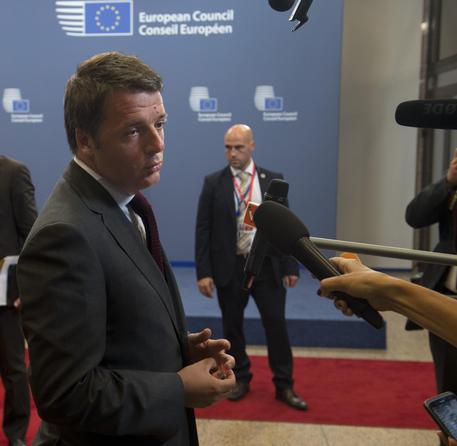 (ANSA) - Rome, July 17 - Prime Minister Matteo Renzi said he was standing firm behind Italy's bid to see Foreign Minister Federica Mogherini nominated as the EU's new high representative for foreign affairs after Wednesday's summit on top European posts ended in stalemate. European Union leaders are set to meet for another summit to seek to find an agreement on the positions on August 30, outgoing European Council President Herman van Rompuy said.
The foreign-policy post is set to go to a representative from Europe's Socialist bloc, which Renzi's Democratic Party (PD) belongs to, as part of the deal that saw Jean Claude Juncker - the candidate of the centre-right European People's Party (EPP) - nominated as president of the European Commission.
Renzi has been pushing for Mogherini and has won the support of the Socialist bloc.
But 10-11 countries are reportedly against Mogherini, above all Poland and other Eastern European countries, on the grounds that she is too inexperienced and may be soft on Russia.
Mogherini, 41, became foreign minister in February after Renzi unseated his PD colleague Enrico Letta to take the helm of government. Despite the opposition, Renzi reportedly knocked back a deal to drop Mogherini's bid so that an Italian, Letta, could land an even more prestigious job - European Council President. "For the high representative for foreign affairs role, there is no candidate other than the one from Italy," Renzi said early on Thursday after the summit went on long into the night. "I didn't see any opposition to Mogherini". French President Francois Hollande, a Socialist, said that "the Italian candidate has my support", while acknowledging that several newer member States had expressed reservations about Mogherini.