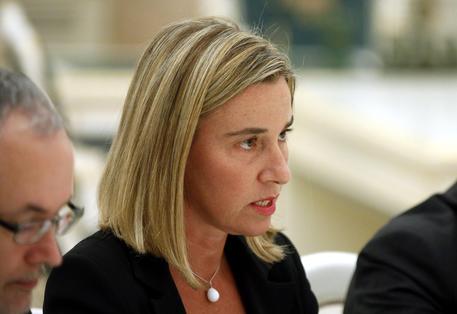 (ANSA) - Strasbourg, July 15 - Italian Foreign Minister Federica Mogherini would be a "good candidate" to replace Catherine Ashton as the EU's high representative for foreign affairs, but several member states are opposed to this hypothesis, sources close to Jean Claude Juncker said Tuesday.
"She is considered a good candidate, but she has 10-11 countries against her," said the sources ahead of a vote in the European Parliament on whether to ratify the nomination of Juncker, the candidate of the centre-right European People's Party (EPP), as the new president of the European Commission.
The Italian government, however, said Mogherini had the support of the countries with governments in the Socialist bloc and said she still could be voted in despite any eventual opposition. "Juncker was nominated by a majority vote," said Italian Foreign Ministry Undersecretary Sandro Gozi referring to opposition from Britain and Hungary to Juncker's nomination at last month's EU summit.
"No one has ever raised any objections with us, but if there were, it would mean that the high representative will be nominated via a majority vote. "Juncker's nomination is part of a deal which sees the high representative go to the Socialists. "Federica Mogherini has the unanimous support of all the Socialist leaders".