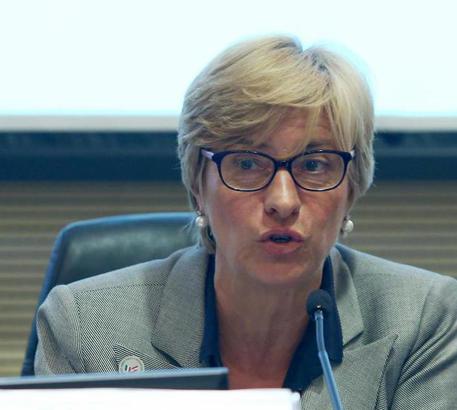 (ANSA) - Farnborough, July 15 - Italian Defense Minister Roberta Pinotti said Tuesday Italy will only go through with a deal to acquire latest-generation F35s fighter planes from aerospace manufacturer Lockheed Martin if they're safe.
"We won't buy anything that isn't ultra safe for the pilots. If there are problems, they need to be resolved," the minister said at the ongoing Farnborough Air Show. The Pentagon has authorized its F35s to take to the skies once more for test flights after grounding them early in July after a June 23 runway fire forced a pilot to abort takeoff at a Florida air base.
Italy in 2012 announced plans to cut its order to 90 from the 131 jets originally agreed to in 2002, saving the country some five billion euros.
But there have been calls from some, including the anti-establishment 5-Star Movement (M5S), for Italy to scrap the order completely.
Italy's Lower House defence committee in May okayed petition calling on the government to cut its budget for the F-35s by 50%.
Lockheed Martin said in a statement that it estimates the cost of the aircraft at about $108 million each, engine included.
Allies including the United States have urged Italy to maintain its plans to buy 90 of the aircraft, as Renzi's government looks for ways to reallocate its spending from lower-priority to higher-priority items.
Earlier this week, John R. Phillips, the United States ambassador to Rome, said that because Italy has a strategic role in regional defence, it must go ahead with its F-35 fighter-jet purchase plan. "I have recently been to the United States," Pinotti eplained.
"We talked about everything, and there was a consensus that Italy is a key ally and has always made important choices to sustain this alliance," she concluded.